NEW ALBUM "Dalya"
Release Date - August 27th 2021
Stolen Body Records (UK)
Ouzo Bazooka was formed in Tel Aviv by Uri Brauner Kinrot, who grew up on the sunny shores of the mediterranean sea and has been active in the music scene for over a decade, shaping the sound of influential local groups as well as the critically acclaimed mediterranean surf band Boom Pam (currently collaborating with Turkish psychedelic-folk legend Selda Bağcan).

Tel Aviv’s cultural diversity served as the perfect backdrop for Ouzo Bazooka’s formation and the maturing of their style; an exotic blend of middle eastern sounds and scales, moulded together with fuzzed psychedelic surf rock and garage.

Following the release of their acclaimed self-titled debut album in 2014, the band was embraced by the local crowd and became somewhat of a local phenomena. It was only a matter of time before their sounds reached the European front and after a succession of high profile festival appearances, followed by two stellar releases, the media, critics and the international crowd took notice - the band’s position as the ambassadors of a new middle eastern rock sound was cemented. 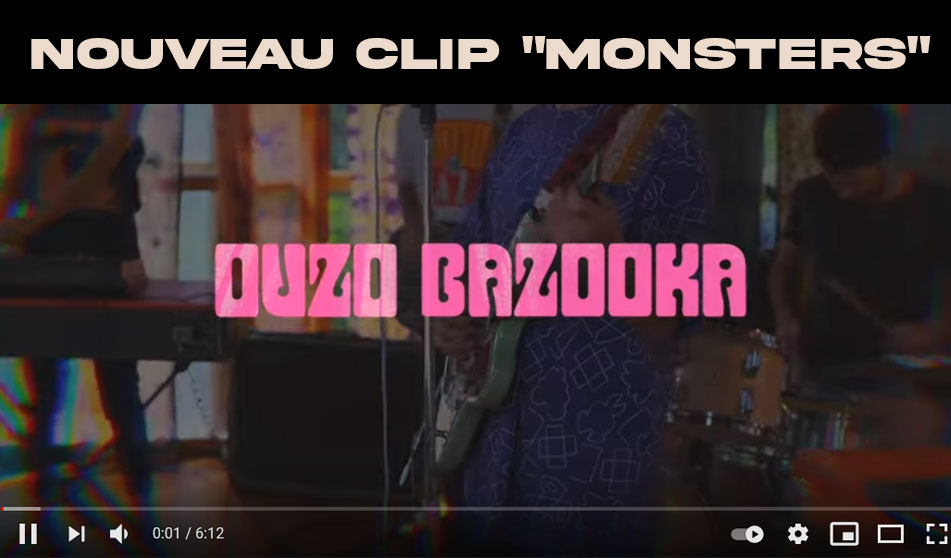